Since 1991 the former Yugoslav Republic of Macedonia, has been a country without a name. The reason for this is that Greece, its neighbouring state is not willing to accept the name Macedonia, because there is a region in the north of Greece, which is also called Macedonia.
Since then this multinational state, that amongst others consists of Albanians, Macedonians, Roma and Turkish people, has been searching for an identity. Sometimes, though not often enough, this happens between the different groups of people. However, mainly each group is searching by itself.
When in 2010 the government started to impose a uniform “Macedonian“ identity on the various ethnicities, by building pompous and kitsch monuments, statues and other buildings, the feeling of being unreal grew.

What can be done? Maybe this unrealness has to be embraced, to be turned into the most important asset; maybe fiction has to be recognized as the new and only trademark – for if one is nothing really one can at last become anything! 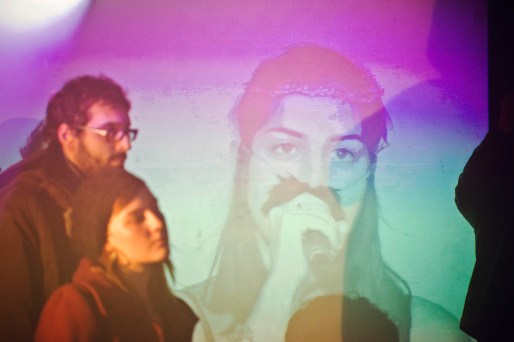 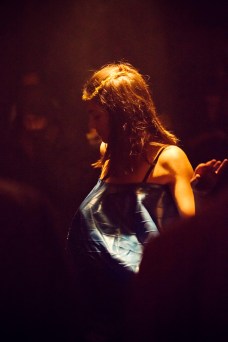 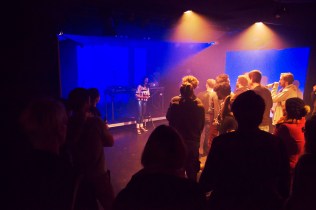 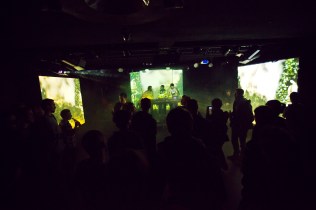 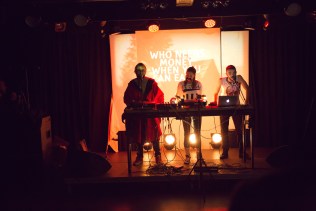 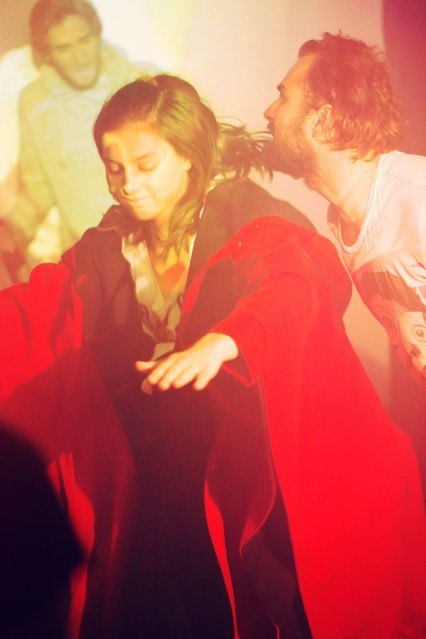 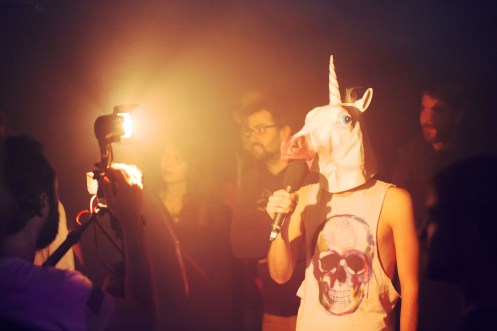 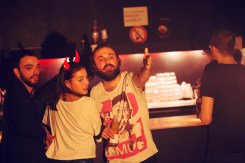 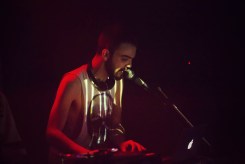 In 2012 Franz von Strolchen travelled through Macedonia for several months as part of an Artist in Residency Program. He researched the “fictional state” of a divided country without a name.
In numerous interviews and video-recordings Macedonia has now become a FICTIONAL STATE,   which from an Cenral-European perspective is often to be found somewhere at the margin of a certain EU.

Dealing with the political and social situation of this small and inconspicuous country thus develops into an exemplary sounding of the utopian reality of living-together all over Europe.

FICTIONAL STATE can turn into a means of expression for a generation not only in a small state, where protest and insurrection of any kind are cleverly suppressed, but also within the Middle European community, where the dominant reality has long been accepted as the status quo.

Together with three young performers from Macedonia and the Berlin techno producer Lars Stroewe (alias Anstam) Franz von Strolchen is staging a Live-Performance-Clubbing as a prototypical event of coming-together, which refers to illegal clubbings organized in Macedonia in 2001, where people of Macedonian, Albanian, Turkish and Roma descent danced together, in order to forget all the differences between each other for one night. They danced to create a “utopian” space without borders for a short period of time, to reawaken their bodies and souls:

WHEN WE DANCE TOGETHER
WE COME UP WITH PROPOSALS,
WE MAKE CLAIMS,
WE PROMOTE FICTION!
SO, LET’S FREAK OUT AND DANCE!